Ad Club kicked off our first meeting of the semester by reviewing some Super Bowl ads in Terrill Hall, room 121, at 7 p.m. last Thursday.

First, our VP of Event Planning, Angel, reminded members that we will be visiting TracyLocke this coming Friday, the 17th, at 10 a.m. If you’re interested in coming to the agency with us, please submit your resume to contact@untadclub.com by Wednesday, the 15th, at 8 p.m.

Julie James, a UNT guest lecturer, gave a brief presentation about an upcoming Hack-a-thon, in which Mayborn students can participate. A “Hack-a-thon” is about a bunch of people getting together to come up with creative, technological solutions to everyday problems.

It launches on a Friday night and people come in from all around the country to participate. At 8 a.m. the following morning, a series of speakers come and give presentations about mobile solutions, etc. By the end of the weekend, you have some kind of idea or prototype to pitch. You enter your “product” into the competition and present your ideas.

There’s lunch and an award for the winner. It’s likely that this event will take place in October. There is a low cost for the Hack-a-thon but there are also scholarships. There is both a student and a community rate (the student rate is less expensive).

Julie James’ contact information will be listed shortly on our “More” tab.

Total Immersion is a career workshop that allows you to take a personality test in order to assess your strengths and weaknesses in a professional setting. This event isn’t exclusive to Advertising students, but one of our professors, Dr. Sheri Broyles, has been given five free tickets that Mayborn students can utilize. 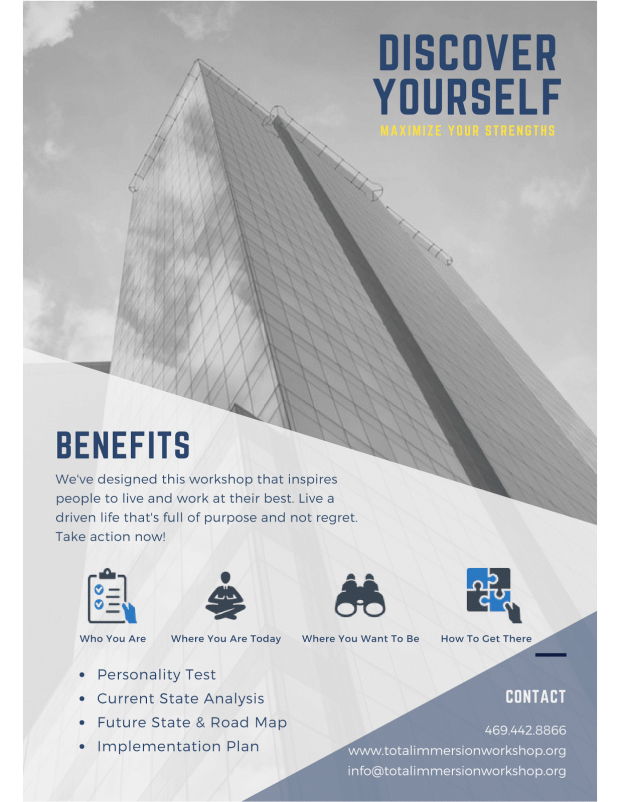 Reach out to us at contact@untadclub.com to let us know if you’re interested in attending! The tickets are first-come, first-serve.

We started the meeting by watching the Bud Light Spuds McKenzie ad.

Professor Bill Ford talked about old Spuds McKenzie ads, recalling them fondly.  He expressed concern that this ad was lost on the target market: The people in the spot were in their mid-twenties, but the content was skewed to an older audience.

“[The actor] was prob’ly about five years old when Spuds McKenzie was popular,” Ford observed. 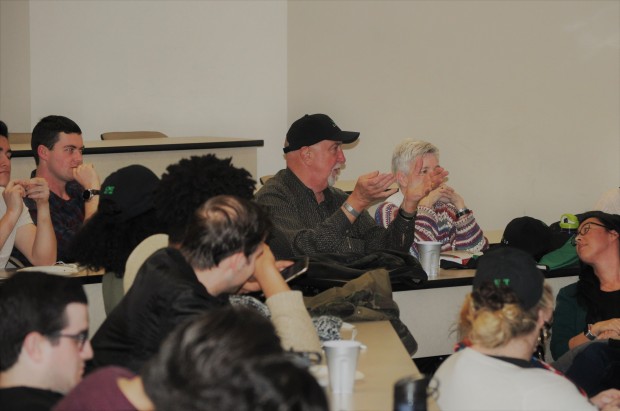 We watched the Stranger Things sneak peek. Christina, the president, thought that the beginning of this sneak peek was just a “throwback” to an old Eggo Waffle commercial. Eggo used the affiliation with the brand to promote themselves – they gave Stranger Things permission to use this “vintage” commercial in order to boost sales.

KFC’s Golden Man commercial was considered one of the worst ads, according to AdWeek, and Ad Club members agreed.

It didn’t make anyone want KFC. One person thought that the main character was equating “his flesh to fried chicken” and that eating fried chicken would be like “biting into him and that just really gross[ed her] out.”

Ad Club members felt the “It’s a 10” commercial referenced current events tastefully, without being “in your face” – and it made the references relevant to the product being advertising, which was more than could be said for other politically-charged Super Bowl ads.

However, the logo was only on the screen for a few seconds at the end of the commercial and Ford said that he missed the product. Missing the product in a commercial defeats the purpose of advertising.

“There are so many really great [Super Bowl ads],” Dr. Broyles interjected, “and that wasn’t one of them.”

“The Mr. Clean one is so disturbing,” said Anila, our VP of Creative, as the seductive ad filled the projection screen. The tagline, “You gotta love a man who cleans,” gave Ad Club members mixed feelings.

“It was so weird because we’ve grown up with this character,” said Braedon Montgomery, SWOOP member. “That would be like watching Lucky, the leprechaun …” Here Braedon trailed off, letting our imaginations fill in the gaps.

Dr. Broyles explained that Melissa McCarthy was on Saturday Night Live the night before this ad showed, so it made her more popular to the public. Kia had no idea this was going to happen.

“They got lucky,” Broyles concluded.

Hannah Wachholz, SWOOP and Ad Team member, noticed a trend of car brands marketing toward daughters. We discussed whether or not it would be more “powerful” if the narrator had been the little girl’s mother rather than her father. Sam Kagan, Ad Team member, made the point that the model of Audi was a sportster – that Audi likely made the narrator a man, rather than a woman, to include their usual demographic, while also opening up a window for a new target demographic.

After Ad Club played the Budweiser German immigration ad, Dr. Broyles noted that it was actually made back in May – long before the immigration ban and long before the advertising agency even knew Trump would become president. It was just a coincidence that the content of the ad fit in so well with today’s buzzing topics.

At the conclusion of the Tide commercial featuring Terry Bradshaw, Professor Ford simply inquired, “Why is he sittin’ there without his pants on?”

The 84 Lumber commercial was the one that got Ad Club members talking.

As soon as the commercial aired, the site that featured the full, six-minute ad crashed.

According to Professor Ford, 84 Lumber said that this commercial wasn’t “anti-wall.” They stressed that Trump specified that there would be doors in the wall so people could come in legally. 84 Lumber claimed that Fox wouldn’t allow them to show the second part of the ad because it was too “controversial.”

We noticed a trend overall that these ads were much more serious than the ones shown in the past. Some people were upset about this – they wanted the ads to stay funny.

He went on to say that sometimes people can love the spot without it being effective – a creative, well-liked ad isn’t always a “good” ad because it doesn’t always sell the product. Which is the purpose of the ad. 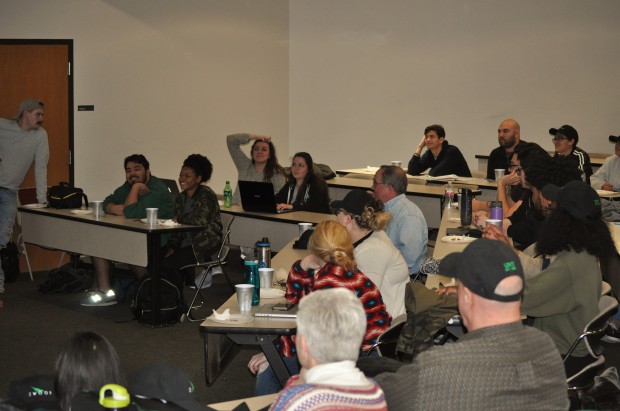 “But people are talking about these commercials,” Dr. Broyles added, which means that people are thinking about the brands. Top-of-mind brands generally sell more products. So now we wait and see what happens – how will these ads effect sales over time.

See you next time!

Don’t miss our next meeting on February 23rd – same time, same place! We’ll supply the food and the topics; you come with the ideas.